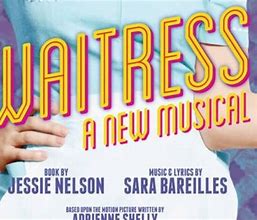 With music and lyrics by Sara Bareilles along with a book by Jessie Nelson based on the movie by Adrienne Shelly "Waitress" will be celebrating the start of its 4th year on Broadway this April.

A story about an abused waitress who finds herself pregnant doesn't immediately shout 'musical comedy' but there is plenty of comedy, along with drama, in this show. Jenna ( Christine Dwyer) finds an outlet in her job at Joe's Diner with friends Becky (Natasha Williams) and Dawn (Ephie Aardema) where she works as a waitress and a baker, in the latter job making 27 delicious pies with wicked names. As an escape from her abusive husband Earl (Matt DeAngelis) she hopes to win $20,000 in a pie contest in a nearby county.

Her OB-GYN Jim Pomater (Steven Good) is new in town and his wife is doing an internship at the local hospital. He and Jenna, though basically decent people, give in to their feelings and he betrays his wife.

We, also, meet the diner's owner played by Richard Kline and cook played by Ryan G. Dunkin. Dawn meets Ogie (Jeremy Morse) via the Internet and they play off each other so perfectly you know there is going to be a 'happily ever after' for them. By the way (Morse) singing and dancing "Never Getting Rid Of Me" is a show-stopping number the audience loves. Rheaume Crenshaw as Nurse Norma adds to the professional cast along with the ensemble and we certainly can't forget Hailey Belle Malvin who is making her musical Broadway debut, having been discovered in Miami!

Director Diane Paulus and choreographer Lorin Latarro worked very closely together giving the cast intricate scenes that depend on split timing while scenic designer Scott Pask keeps the sets moving as the songs, dance and story goes from the diner to Jenna's home, the doctor's office and the hospital. Conducter Lilli Wosk, with the musicians on stage are as much a part of the ensemble as anyone on stage.

The music and lyrics by Sara Bareilles are tuneful, meaningful when need be and funny, moving the show along, telling about the characters and adding to the thin story.

The #metoo moment in the show gets an impressive reaction, deservingly, from the audience as do the performers when they take their bows.

"Waitress" is a warm, funny and moving musical that tackles a lot of problems still be faced today. 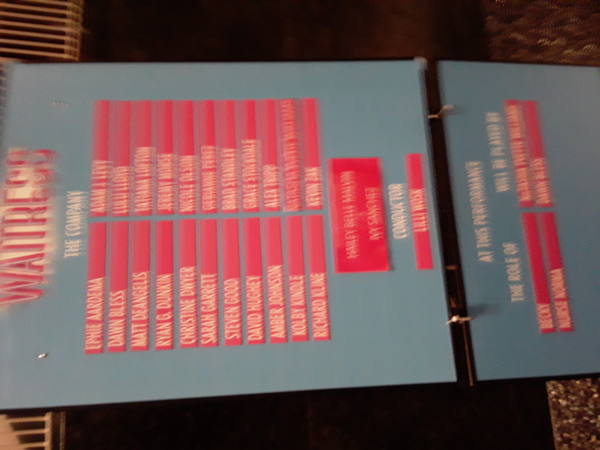