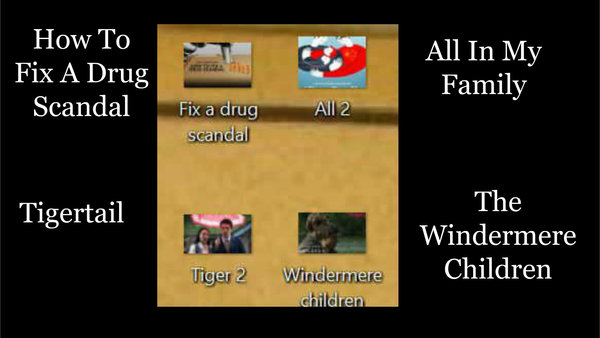 1. "How To Fix A Drug Scandal"--series on Netflix--4 episodes This is a documentary regarding 2 women who worked for the State of Massachusetts with one being Sonja Farak who was responsible for testing drug evidence turned in by police and to be used in the trials of the 'criminals'. She became addicted to the drugs, using the evidence, and was responsible for thousands of drug convictions and was eventually found out. Six months before the other woman, Annie Dookhan, trying to impress her supervisors as a chemist, had been caught forging thousands of tests which in turn caused jamming up the courts with appeals. There was also an underlying scandal regarding how the state attorney's office buried a lot of the evidence against Farak. The 'narrator' of this series is a defense attorney, Luke Ryan, who was very suspicious of the way everything was handled and had 2 clients who were convicted based on Farak's test results.
For people who like true crime documentaries "How To Fix A Drug Scandal" is very interesting but could have been told in 2 episodes instead of the 4 lasting over 3 and1/2 hours.


2. "Tigertail" is a film written and directed by Alan Yang, based on and narrated by his father, is about the latter leaving Taiwan to migrate to America. He leaves behind the love of his life and enters a loveless marriage to his boss's daughter who funds the trip to the U.S. where they raise their son and daughter. He is a dour man who fails to connect with his children as we see in a few scenes between father and daughter.
At an hour and 31 minutes "Tigertail" promises to be an interesting movie but doesn't deliver though if you have the time it is worth seeing.


3. "All In My Family" is a 40 minute documentary by Hao Wu showing how he left his traditional Chinese family, came to the U.S. and with his lover has kids via surrogates. He and his lover Eric, with the kids, return for a visit to China. They all are loved by the family though they don't understand or accept that their child is gay in 2010.
In 40 minutes Wu covers about 3 years, leaving nothing out, and shows the difference in acceptance via culture.


4. "The Windermere Children" was on PBS and is a must-see. In 1945 300 Polish youngsters, not speaking a word of English, were liberated from the nazi concentration camps and brought to England to become acclimated with a new world. We follow 7 of the children, at the beginning hearing the voices of 5 of these survivors and, in the end, we get to meet them. I couldn't/wouldn't take my eyes off the screen for a minute, many times shaking my head in disbelief, at times even smiling at their antics and a few minutes later crying at what they had been and were going through.
Director Michael Samuels and screenwriter Simon Block show us what "The Windermere Children" endured and overcame. Check your PBS station for a repeat (or when it is streaming) and don't miss it!